Networked Dinner is a TV Dinner re-invented for the twenty-first century. It provides an opportunity for users to produce a meal from start to finish, soil to table, with everything they need in one convenient, non-industrial box. 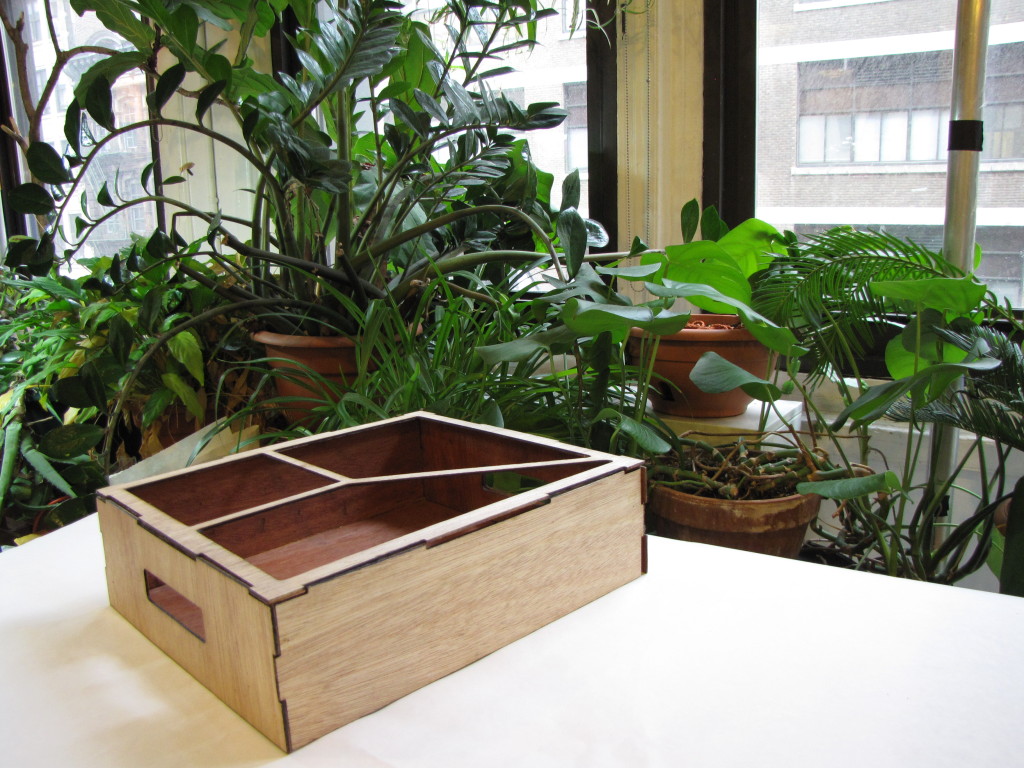 Networked Dinner is a new kind of meal-in-a-box that can be used in the home of a user. When they open the box, which is branded with a satirical twist on the design of the original TV Dinner, they’ll find a “tray” that looks similar to a traditional TV Dinner. In the place of a pre-cooked meal they’ll find nursery pods holding a protein, starch and vegetable. The laser-cut tray will be assembled into a planter, to which they’ll add soil, their seedlings and water. Over the course of the growing period, they’ll monitor their meal’s status with the help of a detailed guide that is customized to fit the crops that are included. When the crops are ready, users will harvest and prepare their meal, to be enjoyed in the company of loved ones.

From the onset of my thesis, I knew that I wanted to create a project that, in some way, addressed global warming. After taking ReNatured with Marina Zurkow, I became convinced that global warming is the most important and compelling issue of our time, for obvious, and not-so-obvious reasons. Clearly, the preservation of our earth is essential to saving our species, but it’s also a feat that requires a transformation of the way that humans interact with their environment. Currently, we separate ourselves from other species, believing that we are more intelligent or complex than all of the innumerable species of our planet. At this critical juncture science is revealing to us how problematic this view is. And so, I decided to proceed with my thesis with the goal of creating an experience that will encourage users to escape this view.

I decided to use food as the medium for communicating my message because it’s something that all people have a personal relationship with. Initially, I envisioned a community garden full of connected devices that would send data to caretakers in the community about the health of the crops they were growing. I wanted to create a place where people could connect to each other, as well as non-humans. As I began to understand the scope of thesis better, I decided to scale down by making this “garden” an in-home experience. I still wanted to include all of the connected devices and different elements, just on a small scale. The idea became even more focused when I came up with the idea of framing the project as a satirical version of the iconic TV Dinner. This gave me a recognizable design reference and rhetorical focus. I still wanted to include a timer that would estimate when the crops would be finished by collecting data on their health, playing with the microwave aspect of the TV Dinner, but after some feedback I received, I decided to leave it out so that I could focus on creating the best experience possible instead of spending time trying to shoehorn a particular piece of technology into the project. This brought me to the current version, a digitally fabricated box modeled after a TV Dinner that allows users to have an intimate experience with their food. 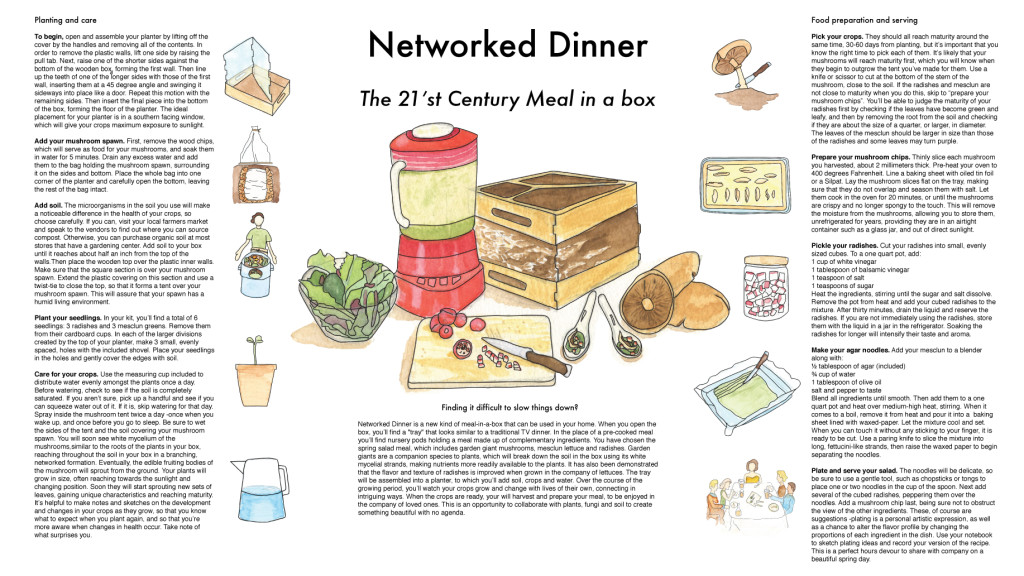 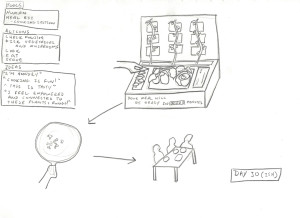 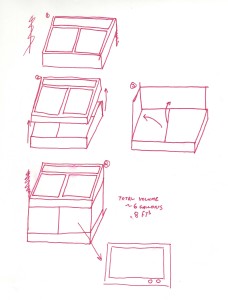 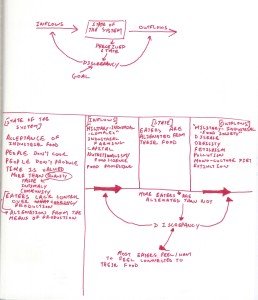 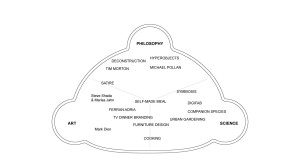 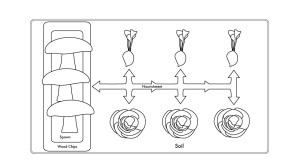 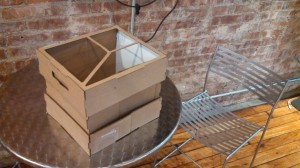 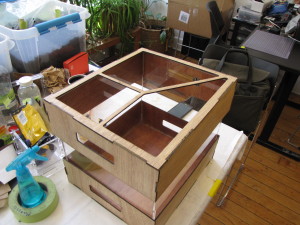 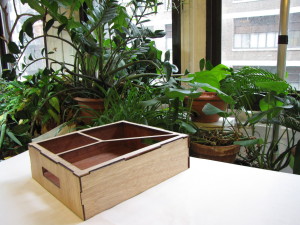